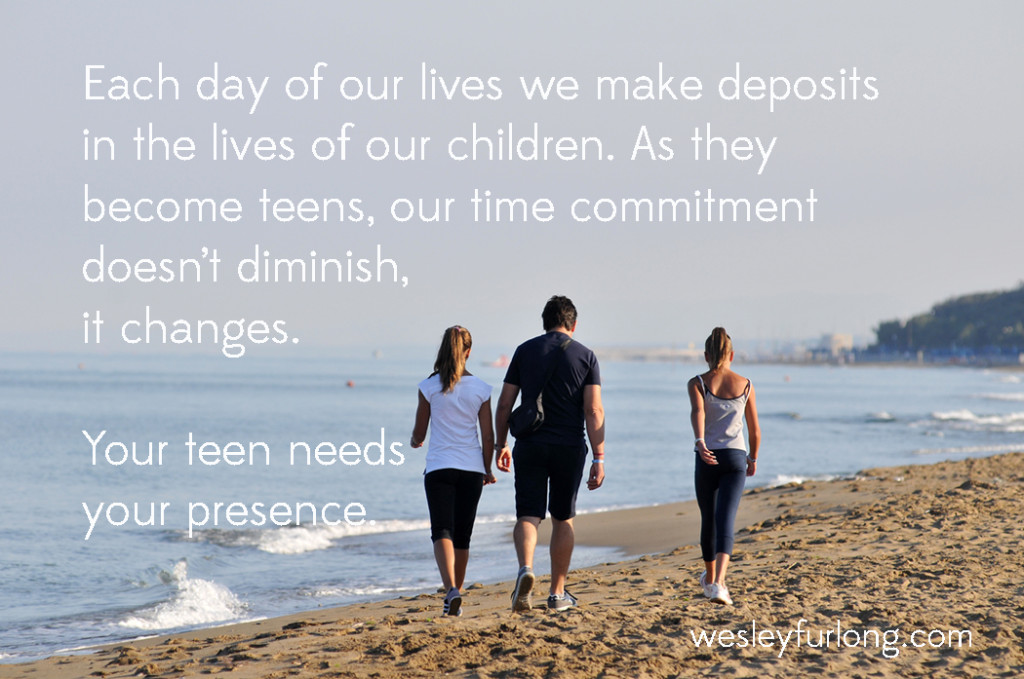 You or her friends?

It’s an easy trap to fall into. Your teen wants more independence and, for the most part, you want to give it. You don’t want to be the controlling parent that teens rebel against. She projects an air of responsibility and her friends seem pretty normal, so you let her have her space… And let’s face it —you’re tired.
You’re tired of fighting, tired of being labeled the “only one who doesn’t…” and sometimes, just plain tired.

Of course, the underlying conflict is that she wants independence at a rate that exceeds her desire or readiness for responsibility. But try to explain this correlation and her eyes roll back into her head as she thinks, “She doesn’t get it!” “She doesn’t understand or trust me!”

So, you finally relent and allow her peer culture to assume the authority role over her life.

It doesn’t feel that way at first and it certainly isn’t intentional, but it’s practically what happens. When you really stop to calculate where time is spent, and think about her primary sources of influence, it’s easy to feel like you’re letting go of the reigns sooner than you’d like, and sooner than you should.

What do you do?

Know that your time commitment isn’t going down during adolescence. The teenage years are NOT the time to let go of the wheel. The time she needs isn’t diminishing, it’s just changing.

Fact is, your teen is changing a lot and she needs you to have a stable, consistent, and yet flexible presence. You’re leading her through a delicate hand-off process that will soon culminate with a full launch into adult life. I recently told our daughter, “We’re going to need to figure this out together. Be patient with us. We’ll be patient with you too. We want the same thing, but the pace might not always be as fast as you want. We can reevaluate as we go along, and we will always listen to you, but ultimately, I want you to trust us to have your best intentions in mind, even when you don’t understand our decisions.”

Total disengagement shouldn’t be an option

Come up with the some basic ground rules for family vs. personal space. You’ll need to honor her need for space while also keeping her deeply engaged with your family. We don’t allow headphones when she’s in a room with someone or in the car. We also limit alone time and try to make sure that our family time is quality time together. The specifics will vary; just make sure that adolescence isn’t a retreat into isolation.

Your teen will need outside influencers, but you must help determine who those influencers will be. Make sure you know her friends well, and don’t hesitate to press in when things feel a little awkward.

Check everything! Install filters. You wouldn’t drop her off at a Vegas strip alone, so don’t do it online. You don’t need to become a covert spy, let her know upfront that you’ll be looking at everything she looks at. It will be great accountability. But you’ll need to actually do it.

There will be a lot of battles that aren’t worth fighting, but here’s one that certainly is: the battle to remain her primary authority figure.

Create a “road map to independence”

Lay out a road map for the slow hand-off that names the milestones and timing for new privileges and how they correspond with expectations. Also, establish the natural consequences up front as much as possible so they don’t feel capricious or inconsistent. The more you can put on paper, the better. Empower them to start the process and create the first draft.

Bottom line for parenting teens —remain engaged! There’s no single path through adolescence, but the more connected you are, the better you’ll know her, and the more poised you’ll be to guide her and respond to potential struggles before they become too large.

How to Speak Words of Life Over Your Children

Have You Ever Felt Like it Was All Unraveling?

How to Find the Secret Place of Joy