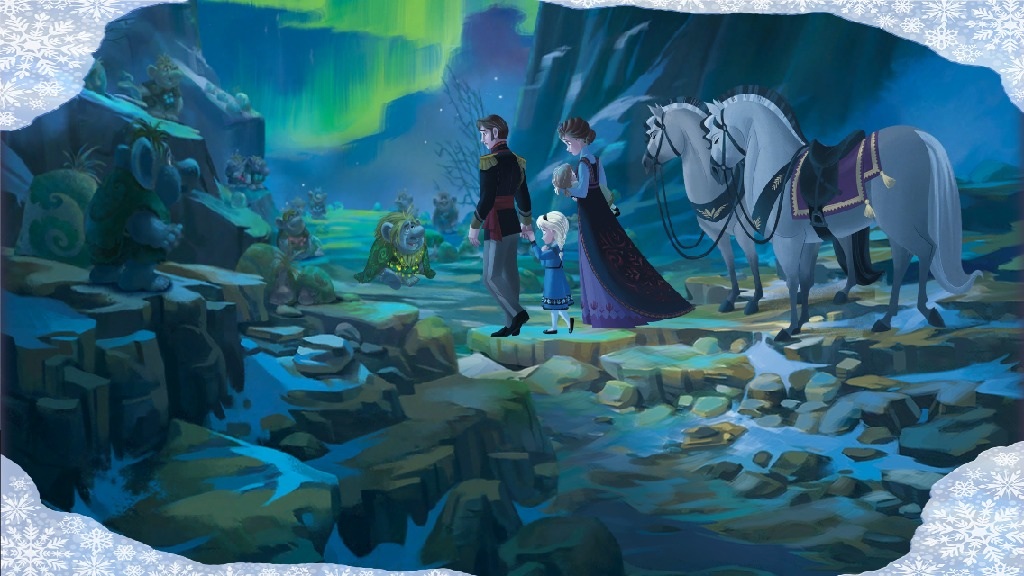 There’s a great lesson for parents in the movie Frozen:

“Conceal it, don’t feel it, don’t let it show,” is an absolutely terrible response to a child’s struggle, disability, or unique trait!

The “Grand Pabbie” called it well: “Elsa, your power will grow. There’s beauty in it, but also great danger. Fear will be your enemy.”

Unfortunately, Elsa’s father was too absorbed in his own fear to heed his warning. “No, we’ll protect her. She’ll learn to control it.” You might expect the troll to respond, “No! That’s what I’m warning you against.” Alas, the well-intended father sets the stage for his daughter to turn in on herself with a bottling up act that can only last so long.

When the containment strategy fails in Frozen, Elsa walks triumphantly up a mountain singing, “the past is in the past.” In real life, the act of “letting go” is seldom as pretty. Out of a deep sense of shame and fear, children will develop a spirit of rebellion and turn toward destructive and false escapes.

Interestingly enough, if Dad and Mom would have adopted Anna’s posture of acceptance and faith, giving space for failure and teaching her how love casts out fear, the winter in July might have been avoided.

The difference between the two approaches goes back to Greek mythology where Ulysses and Orpheus both travel by a place called the Isle of Sirens. Sirens were ethereal female characters with hypnotizing voices, which in Greek culture would’ve represented “temptation.” One of the heroes of the story, Ulysses, is so terrified of being lured into their trap that he has himself tied to the mast of the ship and his ears stuffed with wax so that he doesn’t hear their tempting songs. Orpheus, another Greek hero who was also a fabulous musician, however, resisted the Sirens by sitting on the deck of his boat and playing his own music, which was actually superior to the music of the Sirens.

This story represents the difference between negative and positive goodness.

Only by having stronger passions do weaker ones vanish.

When dealing with a child’s disability or struggle, it’s important to:

1)   Accept and bless your child’s uniqueness.

3)   Allow room for failure and use it as a teaching opportunity.

At the end, Elsa discovers that love thaws a frozen heart. Love alone casts out fear and makes the difference between a power turned toward beauty or darkness. It was in her all the time but fear masked it.

May our kids experience the same liberation of God’s love!

There is no fear in love. But perfect love drives out fear, because fear has to do with punishment. The one who fears is not made perfect in love. -1 John 4:18