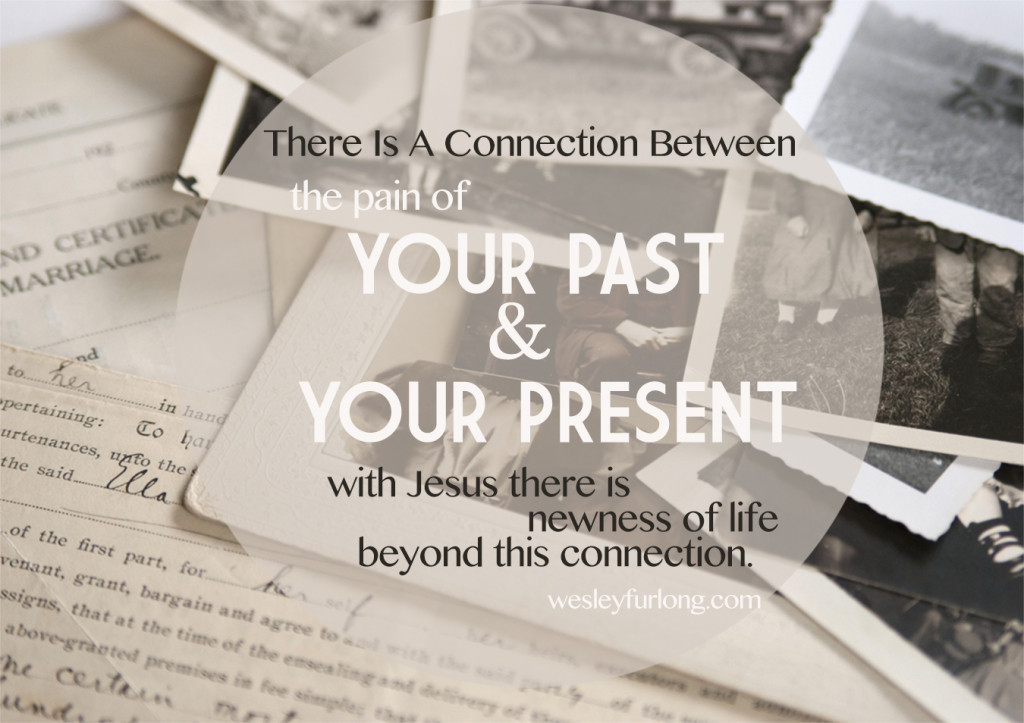 “Behold, I am making all things new!” —Jesus

“The past is never dead. It’s not even past.” —Mark Twain

Two opposing viewpoints, right? So, which one will it be?
You’ve got several options when it comes to the brokenness in your family tree.

You can excuse it, “She did the best she could under the circumstances.”
You can ignore it, “Nothing good comes from digging up the past.”
You can resist it, “I’ll never be like them!”
Or, you can courageously face it and choose to forgive, “God, help me see my family and past as You see it and allow your grace to heal and transform it.”

Brandon and Michaela had each heard hundreds of sermons. But when they got married four years ago, there were deep, entrenched parts of their souls that were untouched by the power and grace of Jesus. Somehow, two biblical truths had managed to evade them:

The real idea behind generational curses in the Old Testament is more of an observation than a spiritual law: sin naturally spreads until there is a deliberate break. I give what I’ve received and I withhold what was withheld from me. The break happens when I say, “I see this now for what it really is and I don’t want to be a part of it. I don’t want it to be a part of me and I certainly don’t want to inadvertently pass it on to my kids. So, I need to name it, forgive it, and then step fully into a new beginning through the grace of God.”

1. Recognize the connection between your past and present

When we minimize our past, we don’t escape it. We simply choose to ignore its influence. Brandon was nine when his parents divorced. “It’s no big deal,” he thinks. “Everyone deals with stuff like this.” His father quickly remarried and started a new family, cutting ties with Brandon in the process. “It’s ok. I’m fine,” he’d tell you. “That’s his problem if he doesn’t want a relationship with me.” Brandon’s mom became a great provider but was emotionally disconnected. The pain of the divorce consumed her and in some ways, Brandon became more of a caretaker than a child. He learned early on to bury painful emotions and keep his eyes forward.

Twenty years later, Brandon is highly driven in his career but feels very little. Michaela describes him as an “emotionally stunted ticking time bomb.” His restless ambition, pursuit of the admiration of successful men, and his inability to be fully present with his wife and attentive to her heart, reveals a young boy who has never dealt with the sting of his father’s abandonment. He sees no reason to confront his past, so the past lives on, undetected.

If you spoke with Brandon about his struggles, he’d share all kinds of surface and present-moment issues: limited resources, incompetent and immature people at work, time constraints, distractions, and other “normal” stresses of life. He’d name his problems as inter-personal and circumstantial. What Brandon fails to see is that his refusal to confront his own past has stunted his personal growth.

Forgiveness is the only way to break the power of sin, including the unintentional sins of our parents. And forgiveness requires us to honestly face and correctly name what we desire to be separated from. Ignoring it, renaming it, or excusing it may blur our clarity, but it doesn’t diminish sin’s impact. God can heal anything brought into the light, but we must be willing to bring it (or sometimes drag it) there! God can redeem anything in our past, but we must name it for what it is before redemption can take place.

Brandon learned a valuable lesson as a boy —people aren’t trustworthy. If the people you are most vulnerable to, your mom and dad, aren’t trustworthy, who is? Now, as an adult, people around Brandon find themselves thinking, “I’ve known him a long time but I’m not sure I really know him.” Long ago he made a destructive inner vow: “I’ll never be like my dad.” Whenever we make such inner vows, it’s like tying a huge weight to our leg and trying to run away from it. Brandon saw a little of his dad in everyone. When someone slighted him, he reacted in ways far greater than what the circumstances warranted. He was reacting to an un-reconciled history. Tragically and unintentionally, he bound his father’s sins and shortcomings to his life in his attempt to escape them.
Hebrews 12:15 gives priceless counsel here, “See to it that no one falls short of the grace of God and that no bitter root grows up to cause trouble and defile many.”

I can imagine the writer of Hebrews counseling Brandon, “Be careful that you don’t allow your parents sins and shortcomings to hijack your life. Mourn the loss, but don’t fall short of God’s grace by excusing, ignoring, or resisting your past. You have to move through it by God’s grace. God can heal these deficits, but you need to repent from your judgments and uproot the bitterness through forgiveness. If you sit too long in unforgiveness, it’s going to reap trouble far into the future.”

3. View God’s healing as part of your personal growth

In Dante’s Divine Comedy, Satan is portrayed as trapped in a block of ice. He can’t become anything other than what he is. There is no potential for growth or change. Such fatalism is hell. The great news is that this isn’t your story at all. There’s no limit to God’s ability to heal and restore you into the man or woman He’s created you to be. So don’t settle for anything short of what God is prepared to give you! Lean in to the hard work of redemption. It’s far better than excusing, ignoring, or resisting your past. You’ll find that what God does in and through you will bring freedom and an overflowing joy and peace like you’ve never known!

Behold, He makes all things new.

Will Your Teenager’s Faith Stick?