The Best Last Words Ever 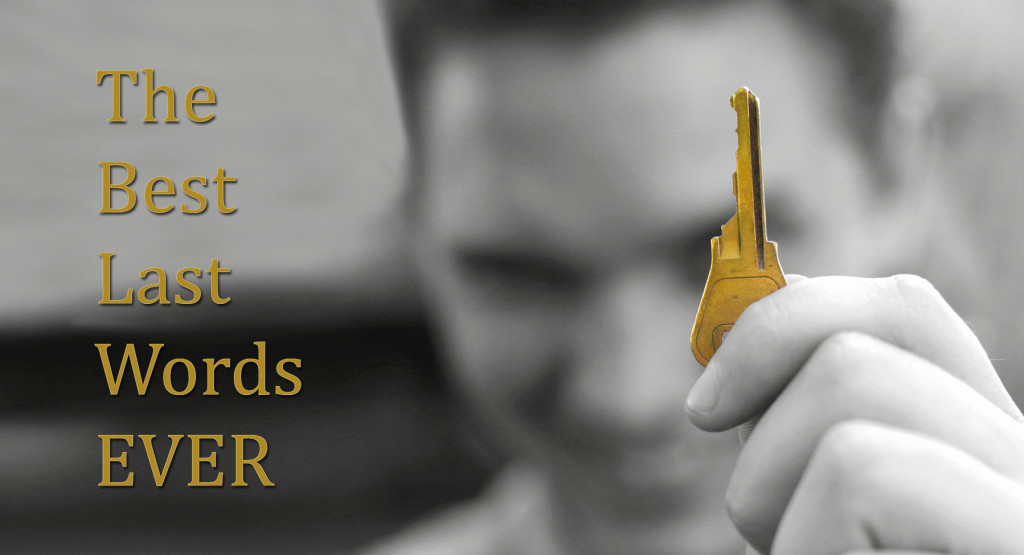 In 1957, after a “grace awakening,” jazz musician John Coltrane played a 32-minute rendition of a “Love Supreme” as a prayer to God, then stepped off the stage, put his saxophone down, and said simply, “Nunc dimittis.” It’s Latin for “now dismiss” and comes from the Song of Simeon (Luke 2:29-32) where Simeon says he is ready to die because he had seen the promised Messiah. “Lord, now let your servant depart in peace, according to your word, for my eyes have seen your salvation.”

I’ve read a lot of famous last words but I think nunc dimitis is the best ever.

It’s a prayer of completion. “I’ve poured out everything to God and seen all there is to see this side of heaven. Now, let me depart into my reward.”

How can we live to utter such a phrase?

Keep the end in mind.

Live with an eternal worldview.

“To make an end is to make a beginning. The end is where we start from. -T. S. Eliot”

To make an end is to make a beginning. The end is where we start from. -T. S. Eliot

Keep God at the center.

Live with the posture of the shema (“to hear and obey”) in relationship to God. “What is God saying and how am I responding?” “Do I hear and will I obey?”

And be fully present where you are.

A young student once asked a rabbi, “What must I do to change the world?” The rabbi instructed the young man to walk over to a small graveyard and criticize everyone buried. He then instructed him to praise them. Finally, the rabbi said, “When you can be as dead to the praises and insults of people, you will begin to change the world.”