There’s a children’s book called, “What Do You Do With An Idea?” that deals with the delicate nature of beautiful visions. A young boy is confronted by “an idea”… 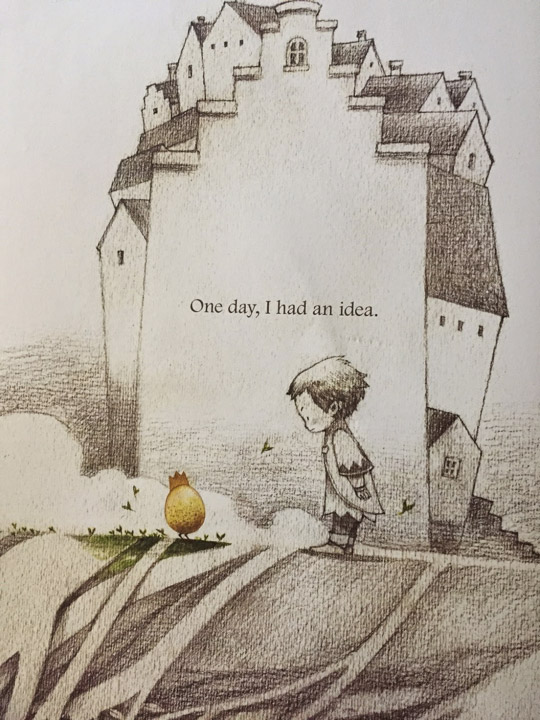 It seemed kind of strange and fragile. I didn’t know what to do with it. So I just walked away from it. I acted like it didn’t belong to me.


But it followed me…It grew bigger and we became friends.

I showed it to other people even though I was afraid of what they would say. I was afraid that if people saw it, they would laugh at it. And they did. At first, I believed them and actually thought about giving up on my idea. (But he doesn’t. Instead…) I decided to protect it, to care for it, most of all, I gave it my attention. Then one day, something amazing happened. My idea changed right before my eyes. It spread its wings, took flight, and burst into the sky.

How do we keep from killing a God-given vision?

Oftentimes, there’s an internal script we need to break from if we’re to pursue a God-given revelation.

Can you break free from the script?

Recently, our oldest daughter had her first mock trial in a large courtroom before a real judge. They spent 15 weeks memorizing a massive binder of information and each person knew their role inside and out. What they didn’t know is how to respond to the judge when he went off script.

“Umm, your honor, it’s not in the notebook.” The judge kept trying to get them off the script and into the trial. He wanted them to learn some important legal principles but they were far more concerned with their performance and to them, the key to a good performance rested in sticking to the script.

It’s hard to let go of the script. We hold tightly to our internal narratives that connect the past and future. It’s comforting to know what to expect and what we can count on. Then God asks us to go in a different direction. Umm, it’s not in the script.

Here, it’s easy for disordered fears to consume fragile visions before they have a chance to become reality. Just never in the name of fear.

Fear always undermines under different names. In the tribal counsel of our minds, as we struggle to reconcile a vision with the script, practicality, stability, familiarity, inevitability, control, and convenience team up together and boot risk and vulnerability off the island, taking with them growth and vision.

Not all fear is bad

Of course, not all fear is bad. When you put together the 437 references to fear in the Bible, they fall into one of two camps: God saying, “Fear not, I am with you,” and “Fear the Lord, it’s the beginning of wisdom.”

It’s all a matter of what is big and little in our eyes. When God is big, people and things begin to diminish. The fear of the unknown, rejection, inadequacy, failure, and a lack of resources are not enough to stop you from pursuing God and His revelation. One fear drives out the other. Each in their own way, these two teachings on fear reinforce the first commandment, “Don’t put any gods before me.” No idols. That includes security, acceptance, money, …anything. Don’t look to anyone or anything else for your identity or security. 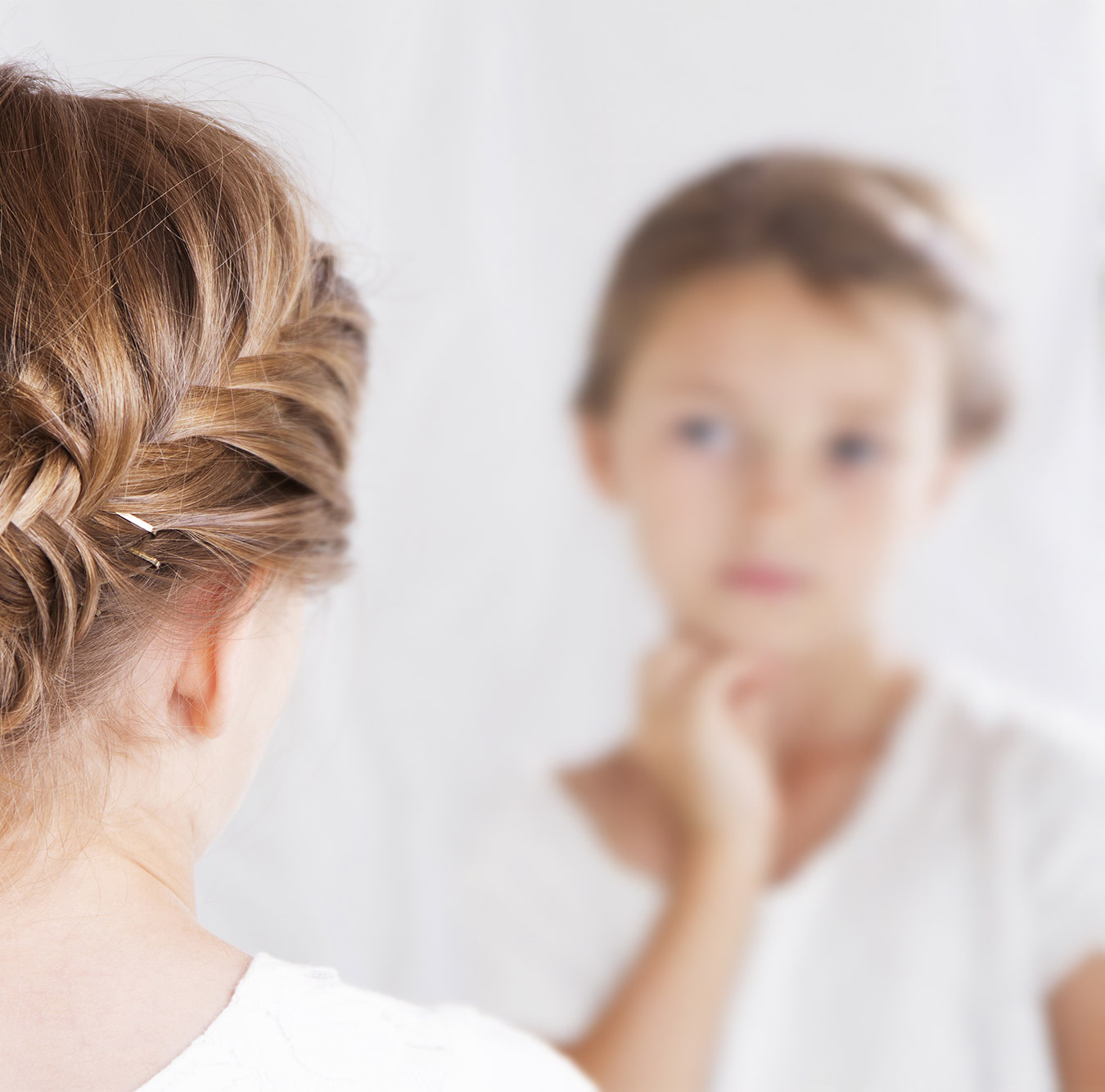 What to do with disordered fears

It’s easy to mishandle our fears when we try to numb them, mask them, minimize them, rationalize, or exaggerate them. Instead, we should we face them.

Take a deep look at them. Separate yourself from the thought and look deeply into it, objectively and gently. Penetrate it and see what is at its root? Is it disordered? Does it thrive in a diminished view of God that elevates other things far above their rightful place?
Ask the Lord, “Where does this need for ____________come from?”

The smart brain and the worry brain

We can loosen the grip of disordered fears when we stop pretending they’re something other than what they are. When children struggle with generalized anxiety, one of the cognitive strategies is to help them distinguish their “smart brain” from their “worry brain.” You teach them to separate themselves from a thought and to gently and objectively evaluate it. Thinking something and choosing to dwell on it and internalize it are two completely different things. You have a choice what to internalize, but those first thoughts can be cut off at the pass and rerouted. The apostle Paul said, “Take every thought captive to Christ.”

Lastly, you can move forward in spite of them.

A few years ago, I came across a story in the book, Traveler’s Gift, by Andy Andrews that captures the struggle with vision and fear in an intriguing way. David has a vision where he’s standing in the largest library he’s ever seen but it doesn’t have a ceiling. Shelves of everything imaginable are stacked are far and high as he could see. Legal documents, medicines, cash of every currency, and books surround him. “What is all of this?” “Where am I?” Then he saw a figure walking toward him, a towering man that wore a robe draped over his shoulders and hanging to his knees. David’s jaw dropped when he saw the man’s wings. “Ok, I’m definitely dreaming.”

“Hello David, I am Gabriel.” David started asking questions but Gabriel interrupted him, “Not yet.”

Gabriel then started walking down a corridor, past air conditioners, watches, and more pictures. “David, do you consider yourself a man of faith?” “I’m not sure what you mean?” “A simple question actually. Do you consider yourself a man of faith? Does faith guide your everyday actions? All men are driven by faith or fear, one or the other- faith or fear is the expectation of an event that hasn’t come to pass or the belief in something that cannot be seen or touched. A man of fear always lives on the edge of insanity, a man of faith lives in perpetual reward…faith is to believe what one has not seen…the reward is to see what one has believed.”

A man of fear always lives on the edge of insanity, a man of faith lives in perpetual reward.

David replied, “Well, I’ve always considered myself more of a realist…is it realistic for me to expect something?” “You are quite amusing David…what is this word realistic, it is never used here?” “You’re kidding, right?”

“Yes, but it is a fact that great leaders are rarely realistic by other people’s standards. Somehow, these successful people, often considered strange, pick their way through life ignoring or not hearing negative expectations or emotions. Consequently, they accomplish great things, never having heard what cannot be done.”

They walked up to a series of tables with neatly stacked documents on them. David picked one up and it had a complicated math equation, a couple others were blueprints for machines David had never seen before. “I don’t understand what all this is.”

“What you have there in your hands is the cure for colon cancer.”
“What!?”

“That right there is a blueprint for a machine that will regenerate the optic nerve. You might be interested in this one, it’s a liquid formula that can be swabbed at the back of a child’s throat that painlessly shrinks and removes tonsils. And that little piece of equipment over there renders any moveable object collision-proof, a combination of laser and sound wave technology.”

“Then, what is the purpose, I mean why? All these cures and they’re just sitting here?” “David, what is the difference in people when they hit despair? Why does one person take his own life while the other moves to greatness?” “I don’t know, maybe the circumstances.”

“Circumstances are rulers of the weak. But they are weapons of the wise. Must you be bent and flayed by every situation you encounter? That’s a question —are your emotions and resolve controlled by circumstances? No, circumstances neither push or pull. They are daily lessons to be studied…for new wisdom and insight.”

Circumstances are rulers of the weak. But they are weapons of the wise.

“This, my friend, is the place that never was. This is the place where we keep all the things that were about to be delivered just as a person stopped working and praying for them. The contents of this warehouse are filled with the dreams and goals of the fearful.”

“David, you must understand this, in the game of life nothing is less important than the score at half-time. The tragedy of life is not that man loses, but that he almost wins.”

The tragedy of life is not that man loses, but that he almost wins.

He shrinks back just when he should press on.

“David, you quit and you take detours because you lack understanding, you lack faith. Between you and anything worthwhile will be a giant. And in those times you meet your true self. Those times have produced some great men and women of faith…and they’ve also created this warehouse.” 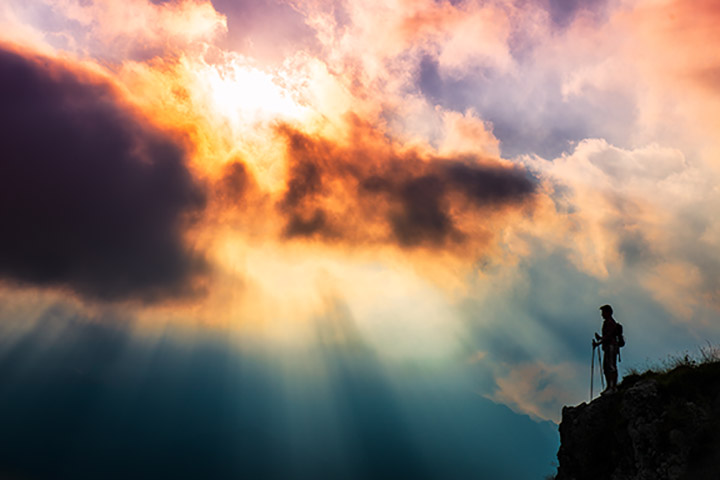 Are there any God-given visions you’re tempted to put in the warehouse?

Can you identify any disordered fears that have a grip on your decisions right now?

This week, spend some time reading stories and teachings on faith in the Bible and ask God to reveal the areas where you need to exercise greater levels of faith.

A Father’s Perspective on Foster Care